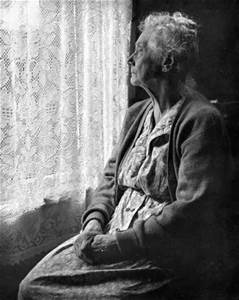 Working with Alzheimer and dementia patients, I often witness family and/or staff talking about a person right in front of them.

Things will be said that are demeaning or degrading to the person.

Often the attitude is that because the person has Alzheimer’s or dementia, then s/he does not understand what is being said about them.

I’ve discovered through observing my residents that this is not often the case.

Yes, there are times when they may not understand.  However, more often than not they understand more than they can express.  They understand exactly what is being said about them.  This can also show the person how those speaking really care about them.

So as with all things be careful what you say.  If the individual did not have Alzheimer’s, would you be saying these things directly to them?

Hope in the Bible: Mary and Martha Believed Jesus Would Heal Lazarus

Jesus was friends with Lazarus and his two sisters, Martha and Mary.  He’d been to their house for supper. Then Lazarus gets sick and his sisters send a message to Jesus.  They know if Jesus can just arrive on time he will arrive in time.  {John 11:1-16} But, Jesus tarries and Lazarus dies before he arrives. When Martha receives word […]

Hymn Story: Break Thou the Bread of Life

Breath Thou the Bread of Life was written by Mary A. Lathbury. Lathbury taught art and French in Vermont and New York schools. She also served as a poet in the summer programs at Chautauqua, New York. The expression bread of life refers to Jesus teaching where he referred to himself as the Living bread or bread of life. {John […]

Elohe Yakob means God of Jacob. May the Lord answer you when you are in distress; may the name of the God of Jacob (Elohe Yakob) protect you. Psalm 20:1

Hymn Story: Day is Dying in the West

Elohe Tsadeki means God of my Righteousness Answer me when I call to you, my righteous God (Elohe Tsadeki). Give me relief from my distress; have mercy on me and hear my prayer. Psalm 4:1