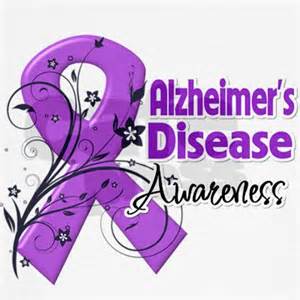 This was designated by President Ronald Reagan in 1983.  Ironically, President Reagan would go on to battle Alzheimer’s himself in later years.

According to Alzheimer’s.org, less than 2 million Americans had Alzheimer’s in 1983.

Today, more than 5.4 million suffer from the disease.

How have you been effected by Alzheimer’s?

How can you spread the word about Alzheimer’s?

The chorus to Farther Along is one that is easy to get stuck in your heart and soul. Much of life we will only understand “farther along”. However, there are a lot of questions and uncertainty about the origins of this song. In 1911, Rev. W. A. Fletcher, an itinerant preacher, was struggling with his calling and family obligations. He […]

Hymn Story: All People That on Earth Do Dwell

All People That on Earth Do Dwell was written by William Kethe. Kethe was born in Scotland and fled to the continent during Queen Mary’s persecution in the late 1550s. While living in Geneva he traveled to visit other English refugees. It is believed he was one of the translators of the Geneva Bible–which was favored by the Pilgrim fathers. […]

“Lying bedridden with a near fatal illness in 1866, William C. Dix found the hope to pen the words to the joyful hymn of victory, “Alleluia! Sing to Jesus!” Inspired by the words of Revelation to sing a new song, this hymn calls us to lift our voices and praise the ascended Christ, who yet remains with us and intercedes […]

Hymn Story: The Day of Resurrection

The Day of Resurrection was written by St. John of Damascus, an eighth-century Greek poet. He is known for his writing of six canons for the major festivals of the church year. He lived a life of wealth and honor until he became dissatisfied with his life at age forty. He gave away his possessions, freed his slaves and entered […]